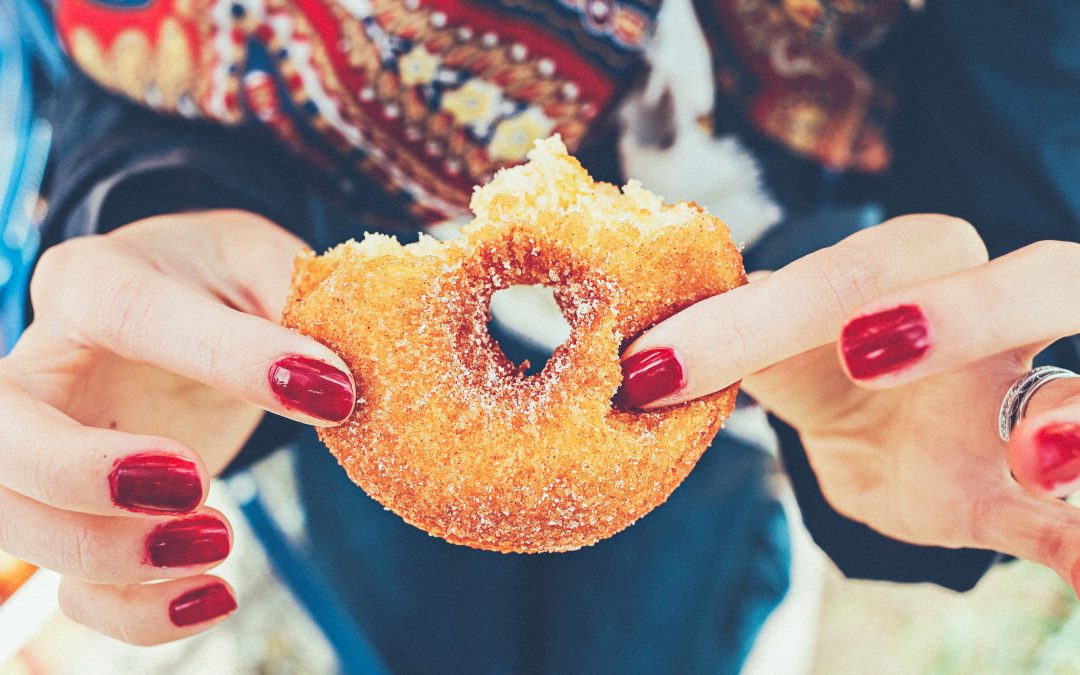 There is a tendency to associate the term “eating disorder” with an individual’s attempt to severely restrict or otherwise compensate for their food intake, and overly focus on body image (i.e. in anorexia and bulimia).  However, in binge-eating disorder, which is more newly-recognized by the DSM-5 than these other disorders, the individual consumes a large amount of food without persistent efforts to counteract what they’ve eaten.  Given the relatively recent recognition of binge-eating disorder, there appears to be a lack of knowledge and some misconceptions about this condition and its presentation.  Nevertheless, we must acknowledge that individuals struggling with this disorder can experience intense distress and impairment in their functioning. Below, I will describe some facts and clear up some myths about binge-eating disorder.

Binge-eating disorder is associated with the following:

Recurrent binge-eating.  According to the DSM-5, binge-eating is the act of eating a large amount of food in a distinct period of time (i.e. 2 hours) – more than what the majority of individuals would eat “in a similar period of time under similar circumstances.” Stated in its name, binge-eating disorder involves repeated instances of binge-eating.  The notion of a binge can be subjective, as each person may define a binge differently based on their regular eating vs. binge episodes.  The binge-eating behavior can occur across various settings and include the consumption of any types of food (not just what people consider junk food), although they usually include foods that the person tends to keep off limits.

Sense of low or no control.  Another aspect of binge-eating disorder is a feeling that you cannot control how much or what you are eating. Some individuals feel like they are dissociating or in a trance-like state during binge episodes.  They may stop binging once they experience physical discomfort, a painful feeling of fullness, or sickness. They may have even given up trying to control their eating because their efforts have been so fruitless.  Furthermore, binge-eating can even be planned at certain points.

Other unusual food behaviors. Not only is the amount of food in a binge noteworthy, but binges can be characterized by other unusual food behaviors.  For instance, during a binge, one might eat much more quickly than normal.  The individual may even eat until they feel uncomfortably or painfully full, and eat large amounts without preceding physical hunger.  They may also eat alone/in private during a binge to conceal the amount they’re eating and as a way to ensure their binging is uninterrupted.

Stressful emotions surrounding binges. Binge-eating disorder behaviors are frequently accompanied by distressing emotions.  The individual tends to feel disgust towards themselves for their behaviors, as well as shame, embarrassment, guilt, and depression for engaging in such behaviors and feeling out of control.

Attempt to address emotional dysregulation.  Not only do binge-eating behaviors lead to distressing emotions, but they are also preceded by unregulated challenging emotions (sadness, boredom, anxiety, and fear) or other stressors including interpersonal issues, trauma, and poor body image.  Moreover, individuals with binge-eating disorder can struggle with other mental health concerns, particularly depression, anxiety, bipolar disorder, and substance use. Thus, an individual may turn to binge-eating behaviors to help alleviate, avoid, or numb unwanted feelings temporarily. Binge-eating disorder is NOT the following:

Upon reading this information, you may find that you exhibit some or all of these symptoms of binge-eating disorder.  Regardless of the intensity, frequency, duration, and overall intensity of your behaviors,

you deserve to recover.  Binge-eating disorder can impact your functioning, whether in your occupation, physical and mental health, or relationships.  If you are unsure about whether you are struggling “enough” or should seek help, consider the quality of your life and whether addressing your binge-eating behaviors would improve this.

Bio: Bahar Moheban, M.A. is a clinical psychology doctoral candidate and registered psychological assistant in Torrance under the supervision of Dr. Nazanin Moali. She provides individual and group psychotherapy to adults and adolescents with disordered eating, negative body image, and comorbid disorders. If you believe you may be struggling with binge-eating disorder or feel distressed about other behaviors surrounding food and body image, contact Bahar for a counseling appointment.